Learning From Stars of Greatness

This past year, I have become much more interested in basketball.  I suspect this is because of the media, or, all of the hype around the Miami Heat and The Big Three.

As a result of following ESPN and the NBA channel, I have become astutely aware of team dynamics, momentum, flagrant fouls and playing even when you may be in pain.

My message as I write this blog is to call attention to readers that these situations are not limited to basketball, tennis, football or other sports.  Rather it happens every day in the business world.  Here are several questions for you:

I have been amazed at what happens in the last thirty seconds of a game.  For me, it appears that the team that has the energy and strong to desire to win establishes the momentum.  If both teams have similar energy resources and momentum…then the fun begins.  Rarely though is this the case.

Where is the momentum in your team?  How do you sustain it?  What should leaders do to maximize and reward those who foster and contribute to designing the winning plays for your team?

By the way, tonight, June 2nd 2011, is the second game between the Miami Heat and the Dallas Mavericks…take notes on the team dynamics and other attributes I have noted above.  Drop me a note that provides an illustration as to how you will transfer similar team dynamics to those who look to you for leadership…as a coach, team leader, parent, or even as a CEO.

We’re here to help you navigate and stay focused on what matters most to you.

Leadership Nuggets-Reflections for the Leader’s Journey

Barbara Tolliver-Haskins has been awarded the prestigious designation of Professional Certified Coach by the International Coach Federation.

What does this mean to you? Simply put, it means when you select Barbara as your coach you can be 100% totally assured of her professionalism and training in helping you to achieve your goals. 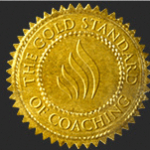 Coaching In Person or Virtually